In this article, I discuss how you can use principles from cognitive behavioural therapy to address obsessive compulsive disorder.

In my work as a Calgary psychologist and a Cochrane psychologist, I often see clients who suffer from obsessive compulsive disorder (OCD). This disorder is characterized by a person experiencing: (1) Obsessive thoughts—These are typically disturbing and overly negative beliefs which drive up their anxiety; and (2) Compulsive behaviours—These are repetitive and ritualistic actions the person performs to lower the anxiety created by their obsessive thoughts.

The compulsive behaviours typically work in the short run for the OCD sufferer by temporarily lowering the anxiety which stems from their obsessive thoughts. Unfortunately, these behaviours can be so time- consuming that they often interfere significantly with the person’s daily life.

In addition, the reduction in anxiety and relief from the disturbing thoughts which fuel it are only temporary. That is, the obsessive thoughts and the anxiety stemming from them inevitably return followed by the same compulsive behaviours with further interference with the person’s life.

Fortunately, there is a proven way to overcome this negative OCD cycle using cognitive behavioural therapy (CBT). CBT skills will help you to experience lasting relief from the anxiety created by the obsessions and decrease the use of compulsive behaviours. In the following sections, I will discuss how these CBT skills can be used to address OCD.

Exposure: The key to addressing OCD and other anxiety issues

Overcoming an apparent Catch-22 in order to do exposure

A legitimate question regarding exposure is how to overcome an apparent ‘Catch 22’. That is, how do you repeatedly expose yourself to anxiety so that desensitization can occur if you are afraid of experiencing anxiety?

The answer is to do gradual exposure. This entails making a list of situations ordered in a hierarchy from lowest to highest predicted anxiety using a 100-point anxiety scale. Once you have constructed your hierarchy, start your exposure tasks with situations which are lower down on the ‘ladder’ so that the anxiety you feel is uncomfortable but manageable.

Please note that not only should the steps on your hierarchy be ordered from lowest to highest in terms of anxiety levels, there should be enough situations on the hierarchy so that there are small increases in anxiety from one step on the ‘ladder’ to the next step. This ensures that your exposure to situations higher on the hierarchy will be manageable as a result of the increase in anxiety being gradual. 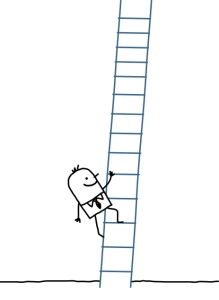 Incorporating response prevention into your exposures

During each OCD exposure task, you should focus on response prevention. This involves preventing yourself from engaging in compulsive behaviours which provide temporary relief from your anxiety but which interfere with the lasting relief which comes from exposure-based desensitization.

For example, it would be important for a client doing exposure to address OCD which is focused on negative thoughts about contamination to refrain from washing their hands after exposing themselves to situations which produce such thoughts. It will be easier for you to refrain from performing these compulsive behaviours if you start your exposure at a lower level on your anxiety hierarchy and proceed gradually through the steps in the hierarchy.

When doing planned exposure tasks, make each task a behavioural experiment to evaluate your negative assumptions about the consequences of exposure. It is these negative assumptions which comprise your OCD thoughts and which drive up your anxiety to the point that you feel the need to engage in compulsive behaviours.

Continue exposure until you have faced each situation in your hierarchy

When you are able to collect evidence from these experiments which indicate that your negative assumptions are not necessarily supported, this will make it easier for you to continue doing exposure and response prevention until eventually your anxiety decreases in a lasting way through desensitization. When you have done this for all situations in your exposure hierarchy, you will have successfully addressed your OCD.

A psychologist who is skilled in cognitive behavioural therapy can help you to implement the skills discussed in this article.

May you address your OCD by using exposure and response prevention,