Happiness: To pursue it or not to pursue it—that is the question

Happiness: To pursue it or not to pursue it—that is the question

In this article, I discuss whether it is reasonable to pursue happiness as a goal.

The title of this article may raise some Spockian eyebrows, to borrow a phrase from one of my favourite sports commentators. That is, it may seem obvious that pursuing happiness as a goal is both a worthwhile and reasonable endeavour. After all, doesn’t almost everyone want to be happy or happier? And are there not many steps people can take to make it more likely they will be happy or happier?

In the following sections, I will discuss the arguments on both sides of the issue and give you my take based on a synthesis of the information comprising these arguments.

Pursuing happiness as a goal: The case in favour

The case for pursuing happiness as a goal is two-pronged. First, it is a worthy goal in the sense that being happier improves substantially one’s quality of life. Secondly, there is much evidence from research and experience that people can achieve this goal by engaging in particular strategies.

This is the focus of the positive psychology movement and is exemplified by books like The How of Happiness by Sonja Lyubomirsky. Research discussed in this book and in other sources indicates that happiness as a goal is best pursued by including in one’s routine adaptive ways of thinking (such as regularly expressing gratitude for what you have) and behaving (engaging in enjoyable social interactions and in other activities which have a good effect on your mood). 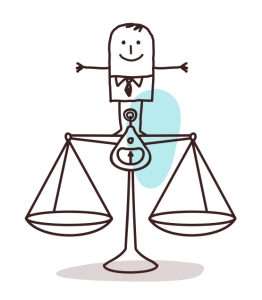 Pursuing happiness as a goal: The case against

The case against pursuing happiness as a goal is that in many instances it is unattainable. Setting a goal that is often unattainable leaves a person frustrated. This would lead one to conclude that one should not set such goals.

A notable advocate of this view of happiness is psychologist Jordan Peterson, author of 12 Rules for Life. Dr. Peterson posits that life necessarily involves suffering of various kinds on an ongoing basis. He therefore believes it is unrealistic for people to expect to be happy in the midst of this suffering. He further indicates that if one makes being happy their goal and they cannot achieve it because of this suffering, the person will feel even worse.

It should be noted that Dr. Peterson believes it is better for people to be happy and that we should count our blessings at those times when do we feel happy despite the suffering we experience. However, he indicates that because happiness is so fleeting and outside our control as a result of suffering we should not hang our hats on happiness as a goal to pursue. In short, his position is that you should enjoy happiness when it comes but do not focus on it as a goal.

Dr. Peterson’s views on this subject are encapsulated by his Rule number 7–Pursue what is meaningful not what is expedient. This rule entails a person focusing on activities which have a purpose or goal and in which the person is taking responsibility in pursuit of this goal or purpose. He indicates that having activities with meaning, purpose and responsibility is the best way for people to cope with and transcend life’s inherent suffering.

He adds that, unlike the pursuit of happiness which is fleeting and unpredictable and therefore inherently frustrating as a goal, pursuing what is meaningful is directly within our control. As such, the goal is achievable on an ongoing basis.

Pursuing what is expedient—which he equates with seeking to be happier—without pursuing what is meaningful leaves one feeling empty and sometimes bitter when one encounters life’s necessary suffering. In short, he says we should focus on pursuing meaning rather than happiness and that when happiness comes you should enjoy it but don’t become preoccupied with trying to make it happen.

My position on the issue: Should you pursue happiness as a goal?

Synthesizing arguments on both sides of the ‘to pursue or not to pursue happiness’ debate leads me to the following position:

First, I think it is reasonable to pursue happiness as a goal. Despite Dr. Peterson’s valid point that life inherently entails suffering, I think it is overstating things somewhat to believe that one’s attempts to be happier in the face of life’s suffering are more often than not destined to end in failure and frustration.

I have seen too much evidence from research, from working with clients and in my own life that engaging in ongoing cognitive and behavioural steps to enhance one’s happiness will more often than not lead to good results. Therefore, I think abandoning this goal and perhaps more importantly abandoning focusing on the steps one can take to move toward this goal is not in most people’s best interests.

Having said that, I believe that is also important to do as Dr. Peterson recommends and pursue what is meaningful. Having goals in which one has a purpose and takes responsibility is, as he says, fundamental to coping with the suffering of life.

Interestingly, my reading of the positive psychology literature indicates that psychologists from this school of thought view the pursuit of meaningful goals with responsibility-taking as one of the key behavioural steps which helps a person to be happier. So whether the pursuit of meaning helps one to be happier or allows a person to cope with and transcend life’s suffering, there appears to be consensus that activities involving meaning and responsibility should comprise part of a person’s activity routine.

This leads me to conclude that, as long as such meaning-inducing activities are part of one’s routine, complementing these with other cognitive and behavioural strategies which promote happiness makes for a good combination in living one’s life.

May you pursue happiness which has meaning as one of its components,