If at first you don’t succeed in therapy: Try another therapy approach

If at first you don’t succeed in therapy: Try another therapy approach

In this article, I discuss the importance of finding a therapist whose approach is a good fit for you.

In my work as a Calgary psychologist and a Cochrane psychologist, I often help clients using the theoretical approach known as cognitive behavioural therapy (CBT). This form of therapy focuses on the client making changes in thinking and behaviour to facilitate improvement in mood and daily functioning.

When I trained to become a psychologist, I chose CBT as the primary perspective to guide me in helping clients. Although CBT has substantial research supporting its effectiveness in helping people address many issues, the fact that several other perspectives also had research substantiating their value meant that this was not the primary factor leading me to choose it over the alternatives.

The factor which made the difference in my selecting CBT over other perspectives was that its focus on practicing skills to change thoughts and behaviours fit my personality like a glove. The fact that it resonated with me so strongly meant that I would have confidence and enthusiasm in helping clients to use it to address their issues. In turn, this would help me to have greater success in helping my clients.

Choosing CBT as my guiding perspective has proved time and again to be the right move as I have helped many clients address their issues by learning and practicing CBT skills. Unfortunately, I have also discovered that on many occasions I have been unsuccessful in helping certain clients by using CBT.

In such instances, the problem was not CBT per se but the fact that it was an approach which was not a good fit for these clients. In the following sections, I will discuss how to determine whether your therapist’s approach is not a good fit for you and how trying another therapist with a different approach can often be the next logical step to take.

I recently had a day at work which epitomized the importance of having a good fit with the approach your therapist uses. Early in the day, I had a ‘session from hell’ with a client in which I tried helping him to learn and practice several tried and true CBT skills which many other clients had found helpful in addressing their issues.

Each and every one of these skills went over with this client like a lead balloon to the point that his reaction to the ideas I offered him was very negative. This led me to suggest that we terminate the session and get him hooked up with another psychologist whose approach and ideas were ones which fit him better than mine.

He agreed and shook my hand as he was leaving. I told him that I very much wanted to help him but that it was becoming clear my ideas were not a good fit for him. That we parted on good terms led me to label our brief therapy relationship as a ‘successful failure’.

This led them to work in session to the point that they realized the benefits of the skills. They both also readily agreed to practice the skills for homework. This resulted in their benefiting from these skills on an ongoing basis.

At the end of the day, I tried to make sense of how radically different my success was with the earlier client compared with the latter two clients, all of whom I had given the same CBT skills to help them address their issues. I initially considered the possibility that my teaching of the skills was better with the later clients compared with the earlier one and that this may have produced the negative reaction and results for that client. I quickly ruled out this explanation because I had so well-practiced the skills I offered the clients that day that my ‘delivery’ to the three of them was virtually identical.

Instead, the evidence-based explanation on which I settled on was the following: To use a sales metaphor, I had offered what I knew was a good product to all three of my ‘customers’. However, despite my well-practiced and proven effective ‘sales pitch’, one of the three customers was simply not interested in the product I offered while the other two clearly were. 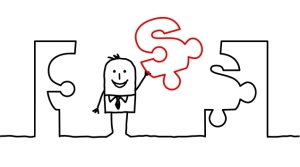 In other words, two of the clients found the approach I offered them to be a good fit while the third clearly did not. In such an instance, I believe my decision to suggest to the third client that he try another therapist with a different approach was the right one. I mentioned this when I terminated our relationship so that he would not leave the session thinking that he would be unable to address his issues in therapy. It was simply a matter of his connecting with therapists until he found one whose approach was a good fit for him.

I sometimes encounter clients whose negative reaction to CBT extends to several other therapy approaches. These are typically clients who have had counselling with several therapists without any reported success.

The reason is that in these cases the person has likely developed a negative view of therapy regardless of the approach being used by their therapist. Once such a negative view has been established, it is likely to lead the client to behave in ways which lead every approach to be unsuccessful. Therefore, the next step in these instances is to meet with a therapist who can help you to address your negative view of therapy so that it will not be an obstacle to your attaining success with an approach which could potentially be a good fit for you.

May you find a therapy approach which fits you like a glove,