The importance of attributions: A political example

The importance of attributions: A political example

In this article, I discuss how Canadian Prime Minister Justin Trudeau’s recent troubles illustrate the emotional and behavioural consequences of the attributions we make for our own and other people’s behaviours.

The 2019 Canadian federal election campaign was rocked recently by online publication of photos and a video showing Liberal party leader and Prime Minister Justin Trudeau appearing in brown-face and black-face. Some of the photos dated back to a 2001 ‘Arabian Nights’ costume party at a school where the then 29-year old was a teacher. Other photos and the video dated back to Mr. Trudeau’s high school days and shortly thereafter.

Although reaction to the images from the public was understandably negative across the board (including from the apologetic Mr. Trudeau), the degree of negativity varied markedly ranging from those who were disappointed but forgiving to others who were irate and said that his actions would cost him their votes.

How the same behaviour can generate different emotional and behavioural reactions from observers is the focus of attribution theory. This influential psychological perspective considers the explanations we construct in our minds to make sense of our own and other people’s behaviours. In the following sections, I will discuss how attribution theory accounts for the vastly different emotional and behavioural reactions to Mr. Trudeau’s recent behaviours.

The great psychologist Fritz Heider said that people act as naïve (non-professional) scientists in their everyday lives. In other words, just as professional scientists focus on understanding the causes of phenomena such as chemical reactions and the movement of objects, people in general are preoccupied with understanding the causes of events which affect them. Many of these events involve people making sense of why they and other people behaved as they did in particular situations.

When we act as scientists in deciding on the cause of our own and other people’s behaviours, psychologists indicate that we make one of two kinds of attributions:

(1) Personal/dispositional attributions. This entails deciding that the behaviour stemmed from your or the other person’s personality or disposition. For example, “He bought me flowers today. He’s such a caring guy”; and “That guy cut in front of me—What a jerk?”; indicate that the person is attributing the positive and negative behaviours depicted to the other person’s personality or disposition.

(2) Situational attributions. This entails deciding that the behaviour is more the result of the situation the person was in rather than because of their personality. “John’s being unusually nice today. I guess those friends of his are a good influence on him”; and ‘Sally must have been having a bad day today the way she snapped at that customer”; are examples in which the person attributes the positive and negative behaviours to situational factors. 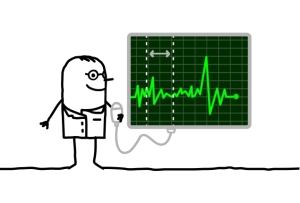 Whether we make a personal or situational attribution for our own or someone else’s behaviour will lead to different emotional reactions toward ourselves or the other person. We will also tend to behave differently depending on whether we attribute the behaviour to the person’s personality as opposed to situational factors. The type of emotional and behavioural reaction we have depends on the whether the beahaviour for which we are making an attribution is a positive or a negative one:

(1) For positive behaviours, we are more likely to have a positive emotional reaction toward ourselves or another person when we make a personal attribution rather than a situational attribution. For example, you are more likely to have a positive feeling about your partner and behave more favourably toward him or her if you attribute a positive act they did for you to their caring personality than to circumstances (as in telling yourself “He bought me flowers. What a great guy he is!”) than to situational factors (as in telling yourself “The flowers he got me are nice but he probably only got them for me because he saw his buddy buy his girlfriend a gift”).

(2) For negative behaviours, we are more likely to have a negative emotional reaction toward ourselves or another person when we make a personal attribution rather than a situational attribution. For example, you are more likely to feel negatively and behave negatively toward your partner if you attribute their negative behaviour to their personality (as in telling yourself “He’s late for dinner. What an inconsiderate person he is”) than to situational factors (as in telling yourself “I’m not happy he’s late for dinner but he had a good excuse and he’s a good guy”).

We can see the different emotional and behavioural consequences of people making different attributions for Mr. Trudeau’s and other people’s behaviours based on recent events. For example, people who attributed his wearing black-face and brown-face to his personality (“He’s a racist”; “He lacks judgment”) would have experienced stronger negative emotions such as anger compared with people who attributed his behaviour to situational factors (“It was at a party”; “He was young”; “We’ve all done stupid things in our pasts”).

In addition, those who made personal attributions for his negative behaviour expressed that this would be more likely to affect their behaviour negatively (“I won’t vote for him because of this”) compared to those who made situational attributions (“I’m not happy with what he did but I’ll still vote for him”). Interestingly, the prime minister made situational attributions for his transgressions (“I had a blind spot because of my white privilege”; “That is not the person I am”) which would have allowed him to experience less intense negative emotions (especially guilt) and to be more forgiving of himself. In turn, this led him to move on from the incident and remain as his party’s leader rather than choosing to resign.

On the positive side, NDP leader Jagmeet Singh’s acclaimed response to the release of the images focused on his concern over people who were reminded of being made fun of because of their race. Mr. Singh’s remarks led to many people having positive emotional reactions toward him because of attributing his positive behaviour to his personality (“He seems like a caring man”) which would be more likely to lead to positive behaviours such as voting for him. That these beneficial attributional consequences occurred is supported by opinion polls showing more support for Mr. Singh and the NDP following the publication of the images.

So whether the discussion focuses on public figures or people in your immediate circle, the attributions you and others make have emotional and behavioural consequences.

May you use attributions in your ‘scientific’ endeavours,