Lessons from an historic tennis match: Strategies you can use in your life

Lessons from an historic tennis match: Strategies you can use in your life

In this article, I discuss psychological skills used in the 2019 US Women’s Open tennis final which can help you succeed in many endeavours.

I was riveted watching the historic 2019 US Women’s Open tennis final between Canadian Bianca Andreescu and American Serena Williams. Ms. Andreescu was seeking to make history by becoming the first Canadian of either gender to win a Grand Slam tennis tournament while Ms. Williams was vying to win her 24th Grand Slam title to tie the all-time women’s record.

As much as I respect Ms. Williams for her talent and accomplishments, I proudly admit that I was cheering for my fellow Canadian to beat her. The 19 year old did so in impressive fashion, toppling in her first US Open a tennis legend who had the home-court advantage with the crowds squarely behind her.

Although Ms. Andreescu won in straight sets 6-3, 7-5, the match was very entertaining and full of dramatic twists. As a psychologist, I found the match particularly intriguing because I saw the two players display evidence of psychological skills which served them well during the match.

Both players displayed the ability to rebound from adversity during the championship match. Ms. Williams did so by coming back from being a set down and facing a 5-1 deficit in the second set. She gathered her composure and played her best tennis of the match to come all the way back to tie the second set at 5 games apiece.

Ms. Andreescu then rebounded from the adversity of blowing a 5-1 lead in the second set to hold her serve and go up 6-5 in that set before breaking Ms. Williams’s serve to win the second set 7-5, giving her the match and the championship.

Being able to rebound from adversity is important not just in sports but in various areas of life including school, work, and relationships. Just as both players demonstrated that their work on this skill paid off in the championship match, so you can become proficient at this skill through practice.

Focusing on process more than outcome

Great athletic performers like Ms. Andreescu and Ms. Williams focus on process—actions within their control such as their technique and self-talk—rather than outcome which includes thinking about the score of the match, whether they are leading or behind, and whether they will win or lose.

Because processes are within our direct control, focusing on them rather than outcomes which are outside our direct control makes the stress of performing more manageable. This then makes it much easier to execute the tasks which are most likely to produce the desired outcomes such as winning the match. Even if one does not win the match—as happened to Ms. Williams in the final—her focus on process gave her the best chance of doing so.

In various endeavours, it is helpful to focus on performing the actions which are within your control rather than getting preoccupied by outcomes you are seeking to attain. Doing the latter only adds to your stress and interferes with your ability to move toward your desired outcomes. Just as in sports, focusing on process more than outcome is a skill which you can become proficient at through practice. 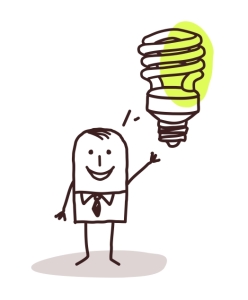 Both players credit their success to the unwavering support of family and friends. This was manifested by Ms. Andreescu climbing into the stands to hug her parents and other supporters close to her following her victory.

Throughout her storied career, Ms. Williams has credited her success to the encouragement and support of those close to her including her father and sister Venus (a multi-time Grand Slam winner in her own right).

Like Ms. Andreescu, she had a group of people close to her cheering her during the match—most notably the Duchess of Sussex Ms. Meghan Markle. On a larger scale, she had the majority of spectators in the crowd supporting her. Both players also enjoyed the unwavering support of their coaches.

In many endeavours, sporting or otherwise, having the support of significant others, family, friends, coaches and mentors can play a key role in being successful. Cultivating this support can be an important step in this process.

Focusing in the midst of distractions

Being able to focus on the task at hand and block out distractions is a key skill to success in sports. In that regard, Ms. Andreescu had to contend with the crowd cheering against her and for her American opponent in the championship match. This was a distraction she cited having to overcome in the post-match interviews. She was able to do so through various means including plugging her ears at one point.

In many endeavours in sports and non-sports contexts, we have to deal with distractions and maintain our focus in order to get the task accomplished as Ms. Andreescu did. These distractions can be of the external type—stimuli which compete for our attention in the environment in which we are performing the task—as well as of the internal type. The latter includes thoughts which take our focus off the task at hand such as worries of various kinds.

In summary, the same psychological skills which allow Bianca Andreescu and Serena Williams to achieve success can be used by you to achieve success both on and off the tennis court. It may be helpful to you in learning and practising these skills to work with a psychologist.

May you use psychological skills to achieve success like Bianca and Serena do,